It wasn’t ever my intention to keep him. Really, it wasn’t. If you go all the way back to the beginning, he was going to come to my house for just a week or two. Because he had had such a traumatic past I said that I would take him for the short term, ‘to feel him out and decide whether we want to place him with a foster (and who that foster would be) or do a compassion hold.’ Some dogs can recover from being starved, beaten, and neglected. And some can’t. 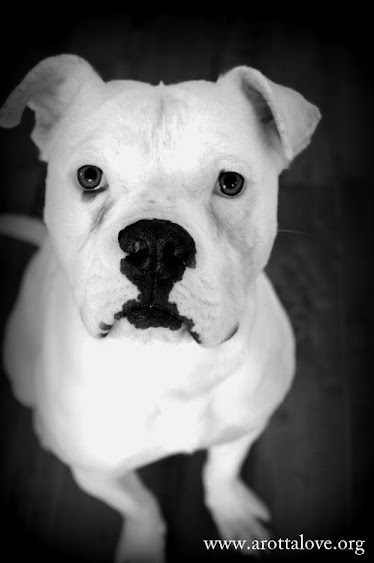 I stretched those one or two weeks to a month. Once we made the month, I negotiated with Brian that since we’ve had him for a month, why can’t we just keep him until he’s adopted? For some reason he agreed with me. This was a major thing as in his heart of hearts Brian really only wants one dog. It says a lot about this little white dog, he was special right from the beginning.

When I foster, and subsequently adopt out my fosters, my standard is that I want my foster dog to go to a better home and a better life than I could give them with me. No, that’s not some sort of impossible standard where by default I get to keep all of the dogs. I know my limitations, I know the limitations of the dogs who already occupy my home.

The little white dog received a lot of adoption applications. There were even a handful of good applications. There were people who could have easily loved him and given him a good life. We did a few meet and greets with these people. And as we moved forward, I kept coming back to the raw fact that no one out there could love him like I did. The simple reason being that no one knew him like I did. The world may see an outgoing, bouncy white dog that occasionally shies away or startles at loud noises, but for the most part he recovers quickly so it’s hard to see that he’s not ‘normal.’

What no adopter could ever see was:

These, and so many more things, are all the things that an adopter could never know. And no matter how much explaining I did, they could never understand what we went through to get to the little white dog that throws himself in joy into a person’s arms. Or that 90% of the time will walk through a door without being carried or coaxed. Or that bounds into doggie daycare happy to see his dog friends.

It’s not necessary for an adopter to know all of the details of a dog’s past in order to give him a good and happy life. Heck, I don’t know the beginning stories of two of my dogs and we’ve done just fine over the last years. But the little white dog isn’t your normal dog. This world has already failed him tremendously. By some great testament of his temperament and his character he made it out the other side with only shadows of the past that sometimes lure their heads into his now life. He may not realize it, but he’s lucky. Really lucky. His yard mate for the first 18 months of his life was not so lucky. She didn’t make it.

A dog that can come from a tragic past and have such an intense desire to be a ‘normal’ dog and to still believe in spite of it all that the world is good and safe, that dog deserves a one hundred percent guarantee that the world isn’t going to fail him again. So…going back to my standard of a home better than mine, well, I know that I can promise the little white dog that. That no matter what it’s going to be okay, he’s going to be okay. Life will be good, it’ll be more than good, it’ll be amazingly fantastic.

And in return, even though he has no idea, he makes my world okay too. On those days when the rescue world can be overwhelming - the need so great, the options so limited, the people either so selfish or so cruel - I am comforted by the snores of the little white dog sleeping on my couch. And in that moment, in my heart and in my mind, everything is okay. Having him be okay makes everything else okay for me.

The journey with the little white dog has been heartbreaking. It’s been amazing. It’s been frustrating and fun all at the same time. And after the journey that we’ve been on, I guess that you can say we’ve come too far to let him go. When I told Brian I was writing this little announcement to the world, I asked him what I should call it. His reply, ‘To Squish or Not to Squish, That is the Question.’ Our answer - we’ve decided to ‘Squish.’ 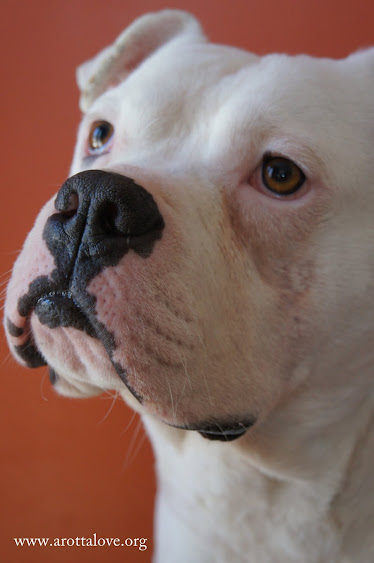 3 thoughts on “‘To Squish or Not to Squish, That is the Question’”